DENVER — The air was so bitterly cold here on a Tuesday morning this month that public schools delayed classes for two hours. With the temperature around 12 degrees at 8 a.m., Jacquelyn Farnsworth said her husband, an electrician who usually works outside, was assigned indoor duty. But Farnsworth’s daughter, Josephine, 3, doesn’t get indoor…

END_OF_DOCUMENT_TOKEN_TO_BE_REPLACED

A 2½-year-old boy named Ben was ankle-deep in a Jefferson County creek when suddenly he lost his footing and plopped onto his bottom in the cold shallow water. The fall didn’t faze him. Neither did his dripping shorts. He got up and kept playing. About a dozen children frolicked in or near the creek that…

END_OF_DOCUMENT_TOKEN_TO_BE_REPLACED 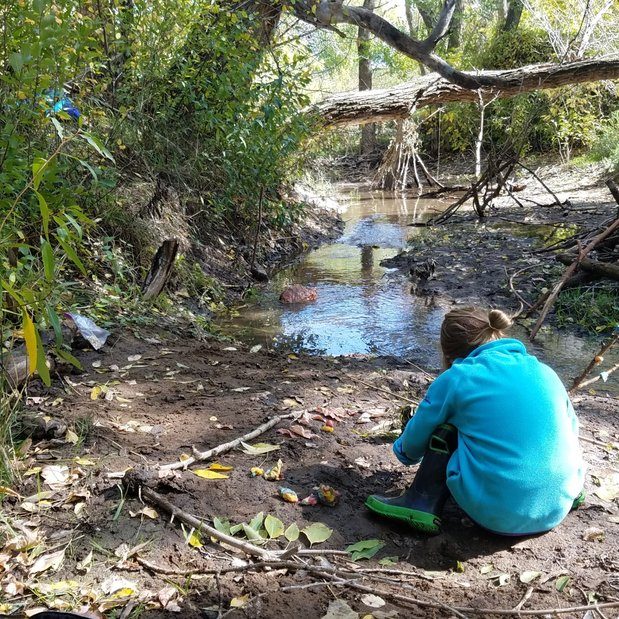 A mind must wander

Most everyone loves to swing. Even adults. That’s why we have hammocks and porch swings. They are associated with relaxation, rest, and contentment. Maybe that’s why kids love to swing too. That and the amazing physical feeling of flying. Swings were always my play structure of choice. I could just concentrate on the movement, the…

END_OF_DOCUMENT_TOKEN_TO_BE_REPLACED 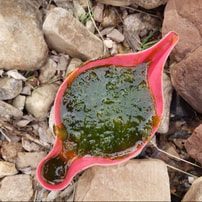 You wanna bring what into this house?!

Here is a little story for you. One day, after an afternoon at the creek, a little girl tells her mom, “I brought something home from school today.” “Ok dear”, says Mom nonchalantly, expecting a stick maybe or a handful of leaves. “It’s in my shoe”, says the little girl. They get out of the…

END_OF_DOCUMENT_TOKEN_TO_BE_REPLACED 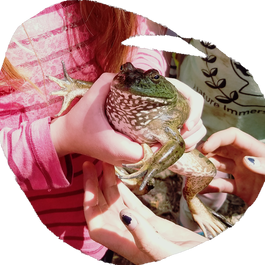 One of the best benefits of forest school is knowledge of nature. We sometimes think that kids will automatically understand night and day, seasons, plants, and animals, but they need to truly experience these things in ways that are meaningful to them in order to connect. Sounds good right? But in practice, really grabbing hold of a child’s attention,…

END_OF_DOCUMENT_TOKEN_TO_BE_REPLACED 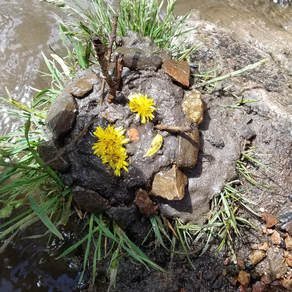 There is something about the outdoors that breaks you down to your core. It makes us fearful, in a way, to be in the wild, yet strangely comfortable, like we are fulfilling some primitive part of ourselves. Adventures outdoors show us what we are truly made of, instead of how others see us. Kids feel…

END_OF_DOCUMENT_TOKEN_TO_BE_REPLACED

Ma Moo – The Ultimate Guide to Forest Kindergartens in the US

Forest kindergarten or nature school is often referred to a “classroom without walls” where young children spend their time outdoors in nature creating toys with found objects and experiencing little adventures with their imaginations. In Germany, Waldkindergraten (forest kindergraten) is common. And lately, in America, the popularity of “out of the classroom and into the woods” preschools and kindergartens is growing as…

END_OF_DOCUMENT_TOKEN_TO_BE_REPLACED

On a recent trip to Colorado we were invited to join Worldmind Nature Immersion School for a session of their Child-Caregiver Forest School at Chatfield Botanical Gardens in Denver. They hold child-caregiver groups for children 0-8, ecological awareness drop off classes for children 4-10, as well as family camping trips seasonally. Aside from this location…

END_OF_DOCUMENT_TOKEN_TO_BE_REPLACED

GOR-TEX – THE RISE OF THE FOREST KINDERGARTEN

Stream-side schooling? Read how some curriculum is ditching stuffy classrooms for lessons and learning completely outdoors. This is kindergarten redefined. “Your home?” 3-year-old Aiden asks, looking nervously at the slippery slope between him and his friend. As he starts making his way down, he steps and then falls, but he doesn’t cry. Instead, he slips…

END_OF_DOCUMENT_TOKEN_TO_BE_REPLACED

On a cold January day, with temperatures hovering just around freezing, a group of 20 kids, 18 months to five years old, and a handful of their parents gathered for a day of kindergarten in Denver City Park. Bundled in warm, waterproof clothes, no one complained of the cold. After all, they signed up for…

END_OF_DOCUMENT_TOKEN_TO_BE_REPLACED
12
What Our Families Say

“While our boys attended Worldmind Nature Immersion School (WNIS), they have shown significant improvement with their emotional intelligence, mental and physical health, and social competence- among other developmental skills emerged through WNIS ECE program. We believe these elements are breakthrough impacts- foundational prerequisites for success in school, the workplace, and developing future environmental stewards in our nature-deficient society. WNIS ECE program shifts core concepts in early childhood development that forces us as parents into rethinking current health and education policies.”

“Our family across ages has been deeply impacted by WNIS, but the most interesting has been our youngest. She was only 4 months old when we began, and spent much of her first winter bundled up on my back at school, but once she could be down there was no stopping her. She exhibits a level of independence that her two older sisters took much longer to come to. She walked sooner, talked sooner, and is easily content with nothing but the elements to play with. As a whole. my children have moved away from the need for any toys in general, and prefer their imaginations. I believe we are as a family much healthier as well. In one of the worst winter seasons currently, and my kids barely have a sniffle. Including my baby.”

“We are over a month into the school year and the improvements I’ve seen in my child’s mood in his speech and cognitive functioning are profound. He loves going, he loves his teachers and he’s always so excited to tell me about his day. And not once has he been in a bad mood at the end of his school day. I’m so thrilled for such a program to exist here in Colorado and feel very fortunate to have my child be a part of it. Well done ladies.”

“My kiddos and I attended a summer session in 2017 and absolutely loved it. They were so excited to meet up with friends and participate in the nature activities. We learned so much about our surroundings. My kids still talk about attending and ask frequently when we are going back!! Thank you for having the summer sessions available.”